Instructions showing you how to Install the JW Library App on Linux. 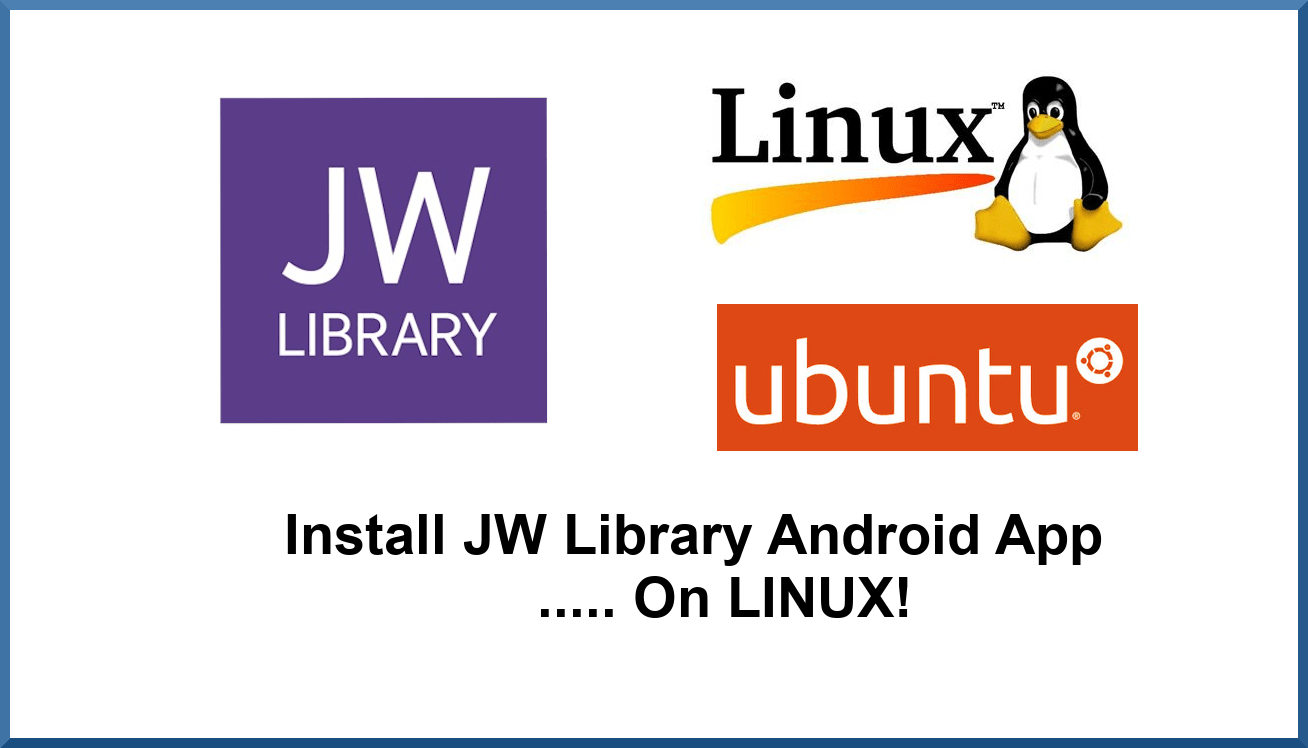 These are the instructions I use to install the JW Library Android App on a Linux Desktop Computer, using Anbox, and a script that enables your to connect to the Google Play Store so you can download the JW Library app and install it.

Anbox, or Android in a Box, is a free and open source tool that allows running Android applications on Linux. It works by running the Android runtime environment in an LXC container, recreating the directory structure of Android as a mountable loop image, while using the native Linux kernel to execute applications.

Anbox's key features are security, performance, integration and convergence (scales across different form factors), according to its website.

Using Anbox, each Android application or game is launched in a separate window, just like system applications, and they behave more or less like regular windows, showing up in the launcher, can be tiled, etc.

By default, Anbox doesn't ship with the Google Play Store or support for ARM applications. To install applications you must download each app APK and install it manually using adb. Also, installing ARM applications or games doesn't work by default with Anbox - trying to install ARM apps results in the following error being displayed:

1. Install Anbox according to the instructions on their website at anbox.io. Also, make sure you run anbox.appmgr at least once after installing Anbox and before using this script, to avoid running into issues. Also, make sure Anbox is not running when executing the script below.

In Debian, Ubuntu or Linux Mint, use this command to install the required dependencies:


3. Download and run the script that automatically downloads and installs Google Play Store (and Google Play Services) and libhoudini (for ARM apps / games support) on your Android in a Box installation.

Warning: never run a script you didn't write without knowing what it does. Before running this script, check out its code.


To download the script and make it executable, use these commands in a terminal:
wget https://raw.githubusercontent.com/geeks-r-us/anbox-playstore-installer/master/install-playstore.sh

To do this, run Anbox:


6. Then go to Settings > Apps > Google Play Services > Permissions and enable all available permissions.
Do the same for Google Play Store!

7. You should now be able to go to the Google Play store and download JW Library App for Android and install it.